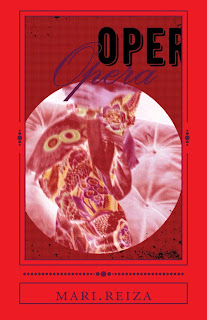 A wealthy arts patron receives a wrongly delivered letter at her secret address in Kensington. Her therapist recognises the intended recipient immediately, leading her into the hands of a defeated composer she will, together with her sweetest accomplice, help back into music. A passionate rendition of human resilience.


Find it on Amazon


There are three main settings. First, Ivanka's secret Kensington flat where she weekly receives her massage therapist Fer. She has instructed her doctor to send any correspondence to this address, helping her channel misery away from her everyday life. Second, a ruinous local mansion where Maria has caged himself, confined to the largest of its rooms, a boundless nest with a floor of sand and a central shiny black grand piano. Finally, a sophisticated high-class London Mexican restaurant resembling a theatre set where guests can pick a character and live only the fun parts. Here Ivanka regularly meets and plots with playfellow and long-life confidant Igor.

Meet Ivanka
Ivanka is a beautiful young woman born in Saint Petersburg, wedded to rich banker Alexey. But their marriage has only given birth to a story of misuse of wealth and human limitation. He doesn’t like losers. Neither does she. She couldn’t stomach grievers orbiting around them if her sorry news became public. It’s impossible to be naturally kind or forgiving with her pain, but in Maria she has seen something precious. She wants to bring it out in him though not the way Alexey did in her...  After all, was she not once the most wonderful music promoter, a genius in seeking talent?

Meet Fer
Fer is slim as a river reed, looks so innocent-pretty despite his cut-rate-dental teeth and wobbly eyes always alert to never miss anything, so gay in his hideous rainbow shirt. He has been hired by Ivanka for his osteopathy services alone, yet  has from day one committed himself to deliver much more, channeling a constant flow of psychic vigour to every corner of her system in peril. He's drawn to her talk of Igor even if he doesn't understand who he is. He's full of childish excitement about Maria he recognizes as a musician in a popular band when he was growing up in Italy. Very few people seem to afford Fer a chance other than for what they want for themselves, but he knows Ivanka is his chance, that something in her will make things happen for him.

Meet Maria
A blue-eyed Viking. He looks like a haunted criminal under a witness protection program, a man who would slaughter, skin and bake your family dog, a man you don’t want to be telling you what he has down on his life tally... and what’s with all his leather neck chains and charms unable to hide his prominent Adam’s apple? The sight of him almost immediately wins Ivanka over. His mind has remained full of an old flame, of the grief of living with someone who’s not there, who had once sworn she didn’t mind him not being like other people and had him dream of fathering mermaids, of living under a waterfall. How could he ever get over that?

Meet Igor
Ivanka's prince. She finds him irresistible in a motherly way. She always did, since she was fourteen and he was a little boy and they were constantly bonding over one activity or another she set out for him in Moscow, when she first arrived from Saint Petersburg. Igor's a son of a famous actress and director, has tried and failed to follow in his father's steps. And he's wanted back in Moscow by his hysterically resentful, erotically hyper-charged Cuban ex-lover (married to an old Russian princess he has duped) who has offered Igor his last opportunity to rehabilitate their shared history or else...Igor can’t go back to Moscow. He can't ‘holiday’ around sad corners of the continent indefinitely either, like a fugitive. He’s stuck in a bad situation, one that would easily call for him to open a bottle of port every night and weep over his life, which he indeed does, repeatedly. He needs to secure work in London just to be safe. He needs Ivanka. And he would do anything to have her happy; he owes her for old times’ sake...


If the book interests you, you can request for a REVIEW COPY in exchange for an honest review.

Mari.Reiza was born in Madrid in 1973. She has worked as an investment research writer and management consultant for twenty years in London. She studied at Oxford University and lives off Portobello Road with her husband and child.