Book Review: Journey to the Forbidden City by Deepa Agarwal

Title: Journey to the Forbidden City 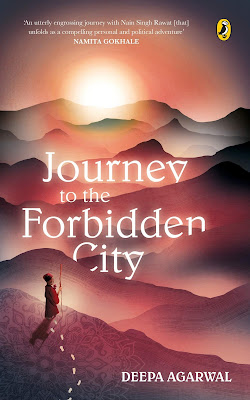 Deepa Agarwal’s ‘Journey to the Forbidden City’ is the little-known story of the exploration of Tibet, ‘the Roof of the World,’ by Nain Singh Rawat who mapped the country in disguise in the late 19th century.

Nain Singh Rawat, an unsung Kumaoni hero, was sent to Tibet along with his cousin Mani on a top-secret mission by the British. The British government was desperate to acquire geographical knowledge of Tibet. They were apprehensive that Russia might next try to wrest control of India, their prized colony. On the successful completion of his mission, Rawat was applauded. His contribution to the map of the world was recognised by institutions like the Royal Geographical Society and the Paris Geographical Society.

The book is based on Rawat’s actual diaries and is a tribute to the daring, resourcefulness, and never-give-up attitude of a solitary man who risked life and limb for his job. He went on to become one of the greatest pandits, a select group of highly educated and brave local men trained in geographical exploration. Apart from recording information that the British sought, Rawat also put in his diary a glimpse into the socio-cultural life of the Tibetans and the scenic beauty of the land.

Agarwal’s writing is easy to follow yet crisp. There’s a flow in her narrative that compels one to turn the pages.

This book is a must read for everyone who is interested in learning about one of the great figures in Indian history.

A beautiful portrayal of a historic and arduous journey of a solitary explorer. 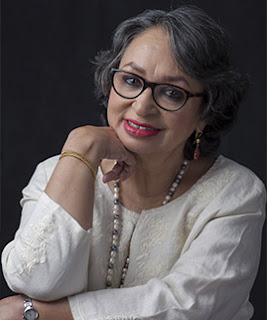 Author, poet and translator, Deepa Agarwal grew up in the pristine Kumaoni region set in foothills of the Himalayas. She writes for both children and adults and has over fifty published books to her credit, including Puffin Classics: Chandrakanta and Listen, O King! Five-and-Twenty-Tales of Vikram and the Vetal.
A frequent contributor to magazines and journals in India and abroad, she has edited, compiled and contributed to several anthologies. Among other awards, she received the NCERT National Award for Children's Literature in 1993 for her picture book Ashok's New Friends, while her historical fiction Caravan to Tibet was on the 2008 IBBY (International Board on Books for Young People) Honour List. Her works have been translated into several Indian and foreign languages.