Norah Lukens needs to uncover the truth about the fabled lost city of Cobbogoth. After her archaeologist uncle’s murder, Norah is asked to translate his old research journal for evidence and discovers that his murder was a cover-up for something far more sinister. When she turns to neighbor and only friend James Riley for help, she realizes that not only is their bitter-sweet past haunting her every step, but James is keeping dangerous secrets. Can Norah discover what they are before its too late to share her own.
Amazon * Barnes & Noble


Praise for Uncovering Cobbogoth
"With a fascinating protagonist in Norah Lukens, a fully realized, never before seen fantasy world, and a fast paced, compelling story, Uncovering Cobbogoth establishes Hannah L. Clark as a major new voice in American fiction. The richness of the story and the scope of the world she's created screams for a film adaptation. This is a fantasy novel for everyone, even readers not usually drawn to the genre. Highly, highly recommended!" -Bryce Clark, author of Red Shirt Kids

"This book takes you on a wonderful ride, bringing myth and legend to life. The characters are full and flawed, with a sweet romance woven through the adventure." - Annette K. Larsen, author of Just Ella

"Uncovering Cobbogoth is an Icelandic tale that will appeal to many Harry Potter series fans […] For those who’ve missed the Harry Potter world, here’s a pretty good alternative!" - Sharon Haddock, For the Deseret News

"This isn't a typical YA fantasy/scifi/para story like the multitude of vampire or witch or werewolf or mermaid themes that fill bookshelves in stores currently. When after a couple of chapters it became apparent that this wasn't yet another entry into the aforementioned themes, I was downright giddy. And then to find out there wasn't a standard issue love triangle? I wanted to find the author and buy her dinner." -Radar626, Amazon reviewer

"A friend of mine recommended this book […] I checked it out and I was so pleased! I love this book. I can't wait to read the next one [...] and I am encouraging my daughter to read it as well. If you like fantasy with a little mix of science this book is perfect. I had such a hard time putting this book down just so I could deal with real life and working on promoting my own book. I thoroughly enjoyed every moment of this book." -Pamela Hall, author

Excerpt
The Legend of the Cobbogothians is really where Uncovering Cobbogoth begins. For as long as Norah can remember, her Uncle Jack has been obsessed with the mythical people. He became an archeologist and world famous Myth-chaser because of the Cobbogothian legends he heard while visiting his Granddad Aegissida’s farm in Iceland.

The Legend of the Cobbogothians

Long ago, at the beginning of time, a peculiar race ruled the earth. They found favor in the eyes of the gods and received great gifts of knowledge and power at their hands. These gifts made them elementalists—masters of earth, wind, fire, water, metal, wood and space. The elementalists thenceforth became rulers of the earth and sky. With this power came corruption, and the elementalists soon forgot their patron gods. Instead, they turned to worshipping themselves and their own creations. This angered the gods, and in their wrath, the vowed to bring an icy end to the prideful race. Rumors of the looming destruction were heralded throughout the land, and a final invitation was issued to the elementalists to renounce their fallen ways. Yet only a few heard and heeded. Among them was a man named Cobbogoth. Being a wise and humble servant of the gods, he believed the warnings and led all who would listen deep into the bowels of the earth to wait out the approaching storm. When the day of destruction was come and the wrath of the gods rained down, the race of elementalists was wiped away, and then came the dawning of a violent and frigid ide age. It is said that Cobbogoth’s posterity still lives beneath our feet, waiting to rise and rule the earth and sky once more. Sigurd Jorgensson Icelandic Bard, 1045 AD   *Translated from the original Old Norse by Dr. Jack A. Lukens of Harvard University, April 1975

Author Hannah L. Clark Hannah L. Clark lives with her husband and their son in the Rocky Mountains. She has always known she would be a storyteller. In 2006 she graduated from Utah Valley University with a bachelor’s degree in English and immediately began writing Uncovering Cobbogoth, the first book in a seven book series based on Clark's mythological brain-child, the Icelandic Legend of the Cobbogothians. Clark loves her family, running, mythology, laughing, soulful bluegrass music, road-trips, studying alternative medicine, retro hairdos, and growing things. Like her heroine Norah, she also kind of believes trees have souls, but must clarify (for her parents' sakes) that she was not raised by hippies. ;-)
Website * Twitter * Instagram * Facebook * Pinterest

Blast Giveaway $50 Amazon Gift Card or Paypal Cash Ends 7/31/14 Open only to those who can legally enter, receive and use an Amazon.com Gift Code or Paypal Cash. Winning Entry will be verified prior to prize being awarded. No purchase necessary. You must be 18 or older to enter or have your parent enter for you. The winner will be chosen by rafflecopter and announced here as well as emailed and will have 48 hours to respond or a new winner will be chosen. This giveaway is in no way associated with Facebook, Twitter, Rafflecopter or any other entity unless otherwise specified. The number of eligible entries received determines the odds of winning. Giveaway was organized by Kathy from I Am A Reader and sponsored by the publisher. VOID WHERE PROHIBITED BY LAW. a Rafflecopter giveaway
No comments: Links to this post

True Colors Landry Albright enters a modeling competition with her two best friends, but runs into jealousy when she advances to the next level without them. Enter the gorgeous Devon, who also makes the first cut of the modeling contest. Devon seems like the perfect new best friend, but can their friendship survive the competition? Throw in a new boy, jealousy and loyalty issues, and insults from hair stylists. How’s a girl to deal?
Amazon * Barnes & Noble * Smashwords


Excerpt
The competition was for girls between the ages of thirteen and seventeen, but it felt like Ericka, Tori, and I were the youngest ones there. I only saw a couple of girls from school, and the lineup looked more like something you’d see on a music video set. All the girls were gorgeous, and they had these curvy womanly bodies. I looked like a skinny little kid next to them. The first girl walked out, and I heard the judges say she “owned the runway,” and, “walked like a gazelle.” I was starting to feel ill. I wasn’t sure which way it was going to come, but I knew I had to find a bathroom — fast. I started to get out of line when Ericka grabbed my wrist. “It’s almost time,” she said. A tiny bit of spit flew out of her mouth and hit my cheek. I wasn’t sure why she was so intent on me going through with it, but she had a death grip on my arm, so I didn’t have much of a choice. Her number was called and she walked out to the stage. One of the other girls said she walked like a kid with sand bucket stilts on her feet, but she came back with a smirk on her face like she knew she’d get chosen. “They said they had never seen such long legs,” she said. Tori was next. “She walks like a gorilla at feeding time,” said the girl behind me. I went next, and I tried to focus on not tripping over my feet. My mom’s pumps had a rubber sole on the bottom, which probably wasn’t the brightest idea seeing as my shoes were making squeaking noises as I walked. I was so nervous I couldn’t stop smiling as I walked. I looked like the plastic clown who blows up balloons with its mouth at the Pizza Palace. When I got to the end of the runway, I tried to cross my feet to turn like the other girls had, but I over rotated and ended up doing a full spin which made my kilt fan out and gave the mall walkers a view of my blue underpants. I tried to act like it was intentional and did an extra turn. One of the judges put her hand up to stop me, and I held my breath as she started to speak.

Author Biography Krysten Lindsay Hager is an author and book addict who has never met a bookstore she didn’t like. She’s worked as a journalist and also writes middle grade, YA, humor essays, and adult fiction. Her debut novel, TRUE COLORS, will be out June 17th from Astraea Press. She is originally from Michigan and has lived in South Dakota, Portugal, and currently resides in Southern Ohio where you can find her reading and writing when she’s not catching up on her favorite shows.
Website * Facebook * Twitter * Pinterest

Blast Giveaway $50 Amazon Gift Card or Paypal Cash Ends 8/8/14 Open only to those who can legally enter, receive and use an Amazon.com Gift Code or Paypal Cash. Winning Entry will be verified prior to prize being awarded. No purchase necessary. You must be 18 or older to enter or have your parent enter for you. The winner will be chosen by rafflecopter and announced here as well as emailed and will have 48 hours to respond or a new winner will be chosen. This giveaway is in no way associated with Facebook, Twitter, Rafflecopter or any other entity unless otherwise specified. The number of eligible entries received determines the odds of winning. Giveaway was organized by Kathy from I Am A Reader and sponsored by the publisher. VOID WHERE PROHIBITED BY LAW. a Rafflecopter giveaway
No comments: Links to this post 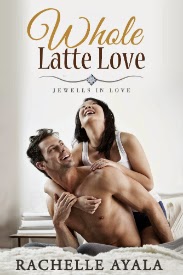 Investment banking intern Carina Chen doesn’t need any distractions - especially the sexy, guitar-playing barista she rooms with for the summer.
Free spirit Dylan Jewell appreciates the delightful universe of women who vie for his attention. His goal in life is to do good, make happy coffee, and help the homeless.
When Carina moves in, she insists on rules of conduct to quell her instant attraction to Dylan. But when her boss asks her to turn Dylan into a businessman, she can’t think of a reason not to take advantage of his hospitality.
Their chemistry is white hot, but Dylan refuses to play Carina’s game, unable to understand how he can fall in love with a woman who puts profits in front of people. When Carina realizes Dylan isn’t budging, she risks all to gain a single night with him. Will her gambit backfire or will Dylan discover Carina’s true heart before she runs away with his?
Set in Berkeley, California, Whole Latte Love is an opposites-attract romance mixing bluesy rock music, hot, steamy love scenes, and financial shenanigans. 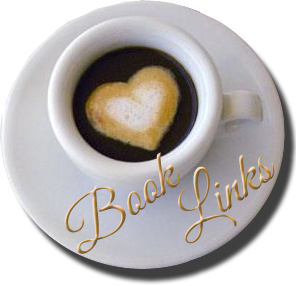 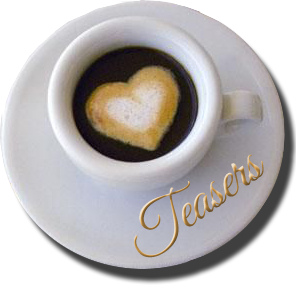 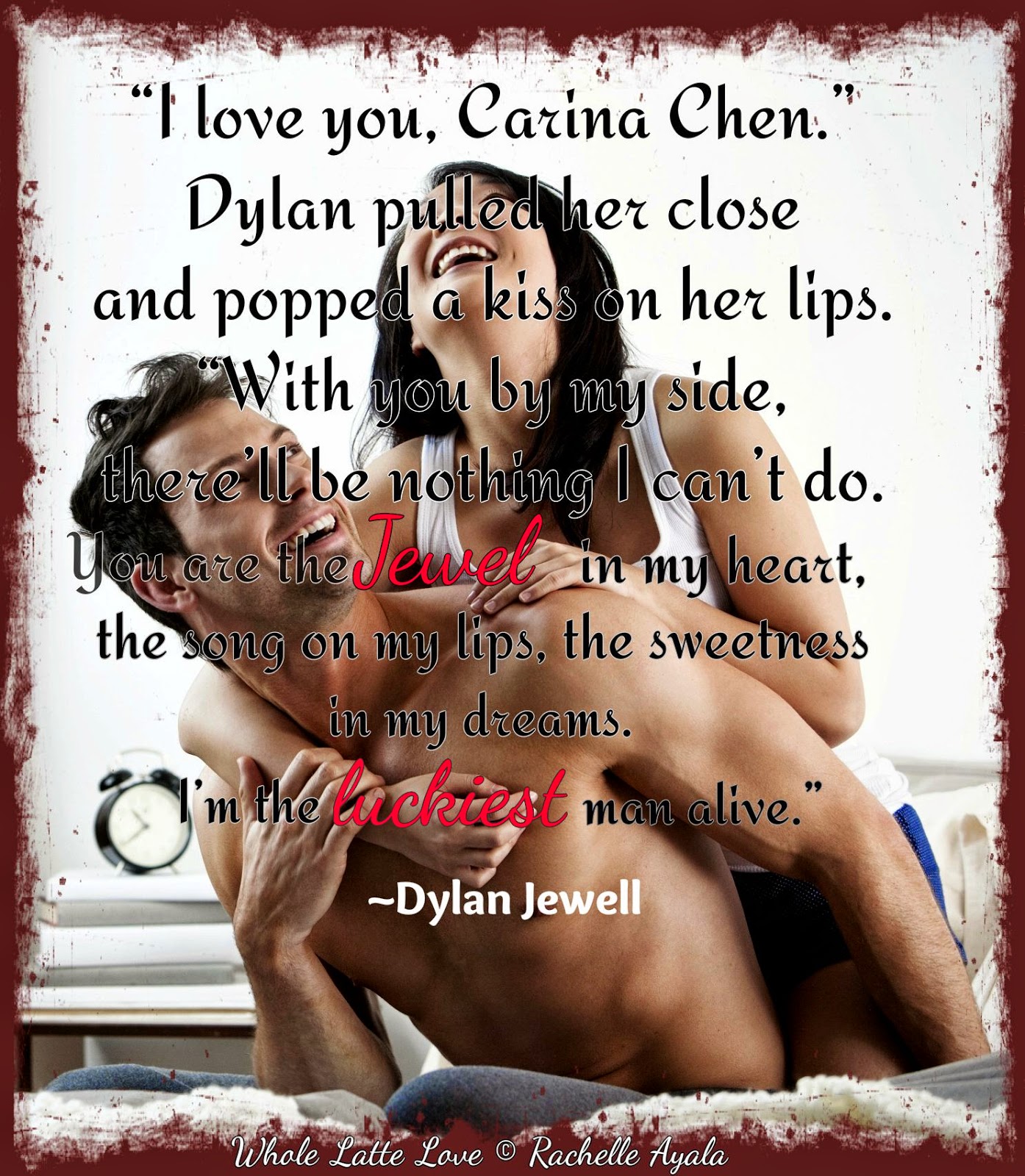 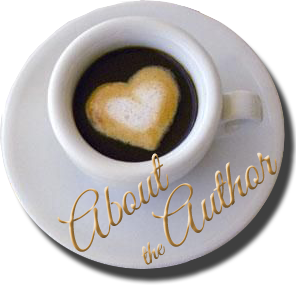 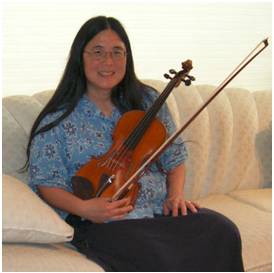 Rachelle Ayala is the author of dramatic fiction crossing genres and boundaries featuring strong but flawed characters. She writes emotionally challenging stories and is not afraid of controversial topics. However, she is an optimist and laces her stories with romance and hope.
Rachelle is an active member of online critique group, Critique Circle, an active member of the California Writer’s Club, Fremont Chapter, and a volunteer for the World Literary Cafe. She is a very happy woman and lives in California with her husband. She has three children and has taught violin and made mountain dulcimers. 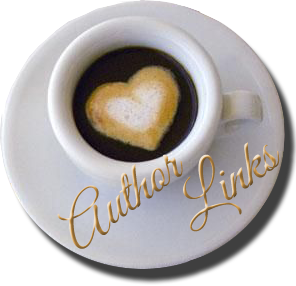 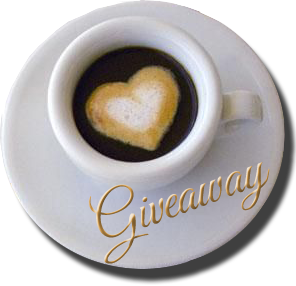 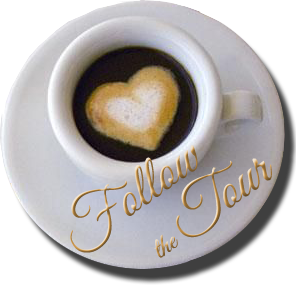