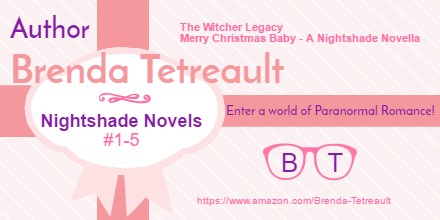 Author Brenda Tetreault is in the SPOTLIGHT!
Today we talk about the books of this wonderful lady,
her life and her loves.

First of all I want to tell you all that Brenda has a new book coming out soon!
"BONDED"- Nightshade Novel Book #5
We are so excited about Brenda's newest accomplishment. 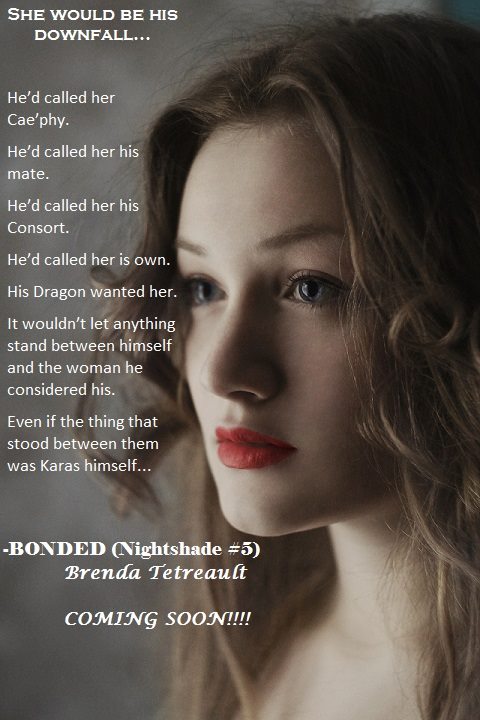 We asked Brenda some questions as an
impromptu interview, please take a look:

When did you first realize you wanted to be a writer?
I can’t pinpoint the exact moment I decided to write. I just picked up a pen one day and that was it. 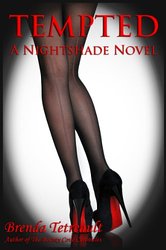 How long does it take you to write a book?
About 6 months to a year.

What is your work schedule like when you're writing?
I work 30-40 hours a week, then write in the evenings after cooking and eating dinner with the family. On weekends, I get up early and write while my family is asleep.

What would you say is your interesting writing quirk?
A lot of authors listen to music while writing. I actually prefer to have a football or baseball game on!

How do your books get published?
I’m an Indie author, so I publish through Amazon’s KDP program.

Where do you get your information or ideas for your books?
It always starts with the question What If. From there, any research that I need gets done as I need it.

What do you like to do when you're not writing? 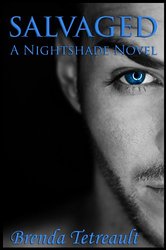 I like travelling and going to the beach. I go to the movies a lot with my husband and do a lot of reading.

What does your family think of your writing?
They’re all for it! They’re extremely supportive and often tell people about my books.

What was one of the most surprising things you learned in creating your books?
That Snotlings have six toes on each foot but only four fingers on each hand! LOL Actually, learning about all the different creature of myth and legend has been the funnest and most surprising things. I mean, I knew a lot about traditional creatures- vampires, unicorns, Sirens, etc., but some of the lesser known creatures have been true revelations! 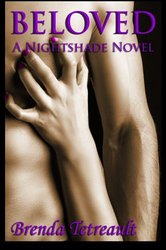 How many books have you written? Which is your favorite?
With the publication of Bonded (Nightshade #5) in August, I will have published 11 books! As for which one is my favorite, that’s like asking a mom which one is her favorite kid! I have a special place for each one in my heart.

Do you have any suggestions to help me become a better writer? If so, what are they?
BE FEARLESS! Write the story YOU want to write, and don’t worry about anything anyone says to try and discourage you!

Do you hear from your readers much? What kinds of things do they say?
Every now and then, I might get a message from a reader. Usually it’s to let me know how much a certain book touched them, or helped them through a difficult time in their lives. It really means a lot to me when I get those messages.

Do you like to create books for adults?
Yes. I enjoy writing books that help adults leave behind the stresses and worries of the real world  for a brief period of time. 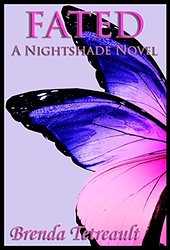 What do you think makes a good story?
Heart. You’ve got to love your characters (even the not so likable ones!), and you have to have an empathy for what they’re going through.

As a child, what did you want to do when you grew up?
Believe it or not, I wanted to be a wife, mom, and writer!

Any books in the works?

What are your plans for the future?
After Bonded, I’ll start work on a new Christmas Novella, titled Nightshade and Mistletoe that will be the lead-in to the next Nightshade Book. If you’ve read the series, you know I like to blend and mix multiple story lines throughout each book, so you can expect lots and lots of surprises!

Here is a Holiday Novella 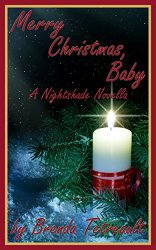 It’s Christmas time in the City. A time of wonder and magic. Only Sabrina Arceneaux is beginning to wonder if the magic is gone from her marriage to Roman. She can feel the distance growing between them, and she’s worried that not even her Christmas surprise will be enough to hold them together. Roman Arceneaux wants to make Christmas a special time for his beautiful wife, but to do so, he has to work long hours away from home, leaving Sabrina alone and unhappy. Can he pull off a Christmas miracle before there’s nothing left to save? 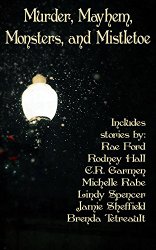 "The Bounty Cove Chronicles "
starts off with Book 1 The Witcher Legaxy - After a nomadic childhood with her mother, Melissa Witcher is ready to put down roots, despite the ghosts that haunt not only her new home but her family history as well. Michael Kemper never saw her coming, and from the moment he meets Melissa Witcher, he finds himself ready to do whatever it takes to stay by her side. When evil threatens not only their happiness but also their lives, Michael and Melissa will find themselves fighting for everything they hold dear. Can love conquer all, or will the evil that sleeps deep within the old Witcher home destroy it? 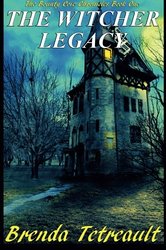 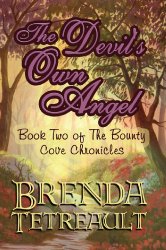 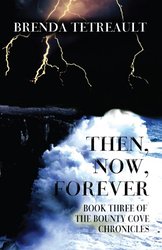 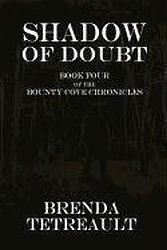 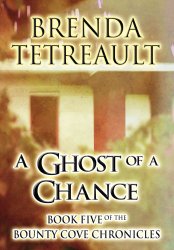 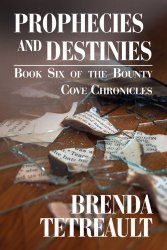 Would you like to follow Brenda Tetreault?
Well here is her books buy link on Amazon and  all of her social links: 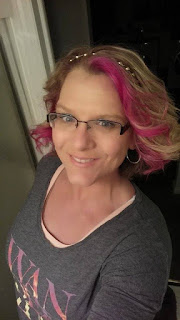 Brenda grew up on the southern Oregon coast and all through school she wrote, but put it aside when a school counselor informed her that, while she had a nice little hobby, she'd never be good enough at it to pay the bills. After a short stint in the Air Force, during which she met and married her husband, Brenda settled down to be a military wife and the mother of a precocious little boy. She began writing again in her mid-thirties, and in 2009 her first book, The Witcher Legacy: Book One of The Bounty Cove Chronicles, was finally published. Today, Brenda is enjoying a small amount of success, and has even managed to pay a few bills with her writing, thus proving her high school guidance counselor wrong!


In 2012, Brenda completed her first paranormal romance series, 'The Bounty Cove Chronicles'. She is currently writing on an entirely new series, and on September 23, 2013, 'Tempted', the first book in 'The Nightshade Series' was published and released through Kindle Direct Publishing. Then on May 16, 2014,Brenda published the second book in the Nightshade series, 'Salvaged',and on October 27, 2014, the third book in the series, Beloved, was published, completing the first trilogy of the series.
While she is unsure of how many adventures there will be in this new series, Brenda does promise that it will feature all of the fun, adventure, love, steamy sex, and happily ever afters that have been the hallmarks of her writing from the beginning!


Here are some great teasers for you to look at and see little snippets of her books: 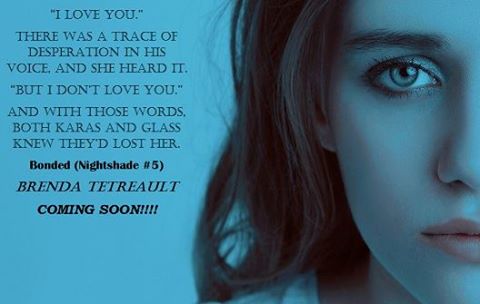 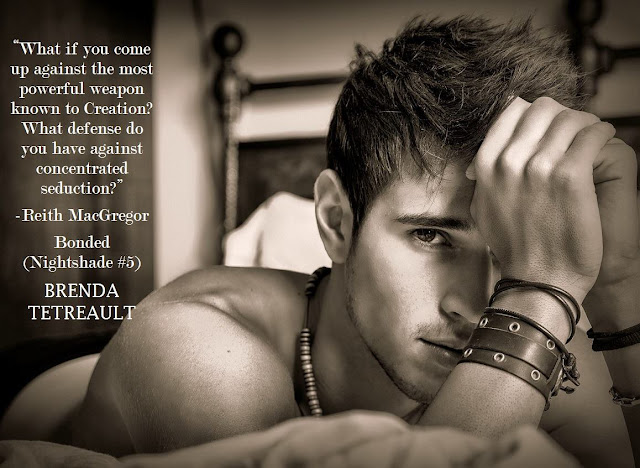 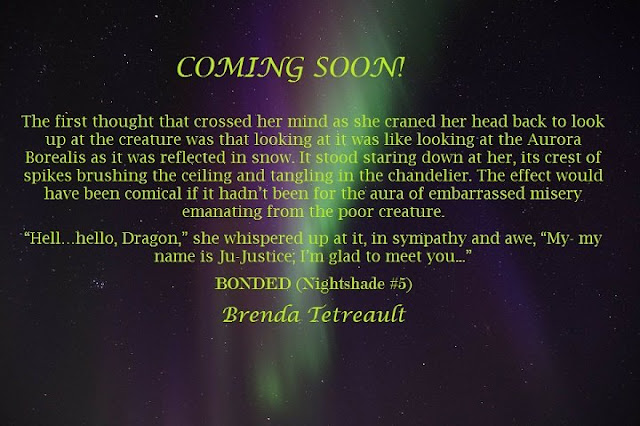 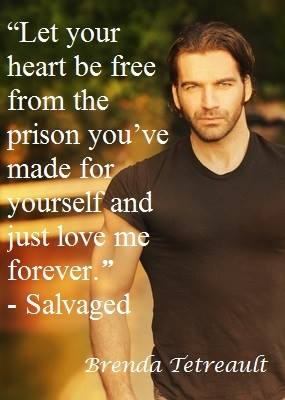 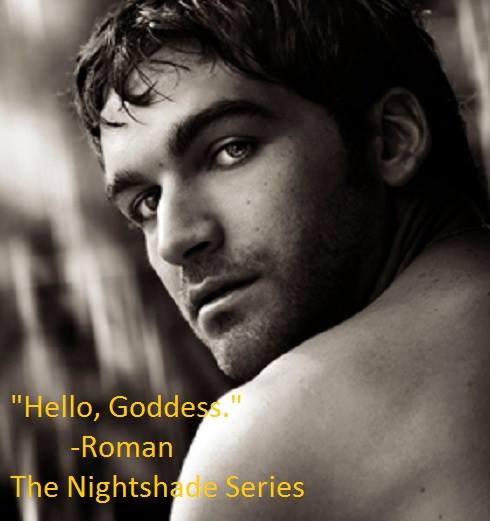 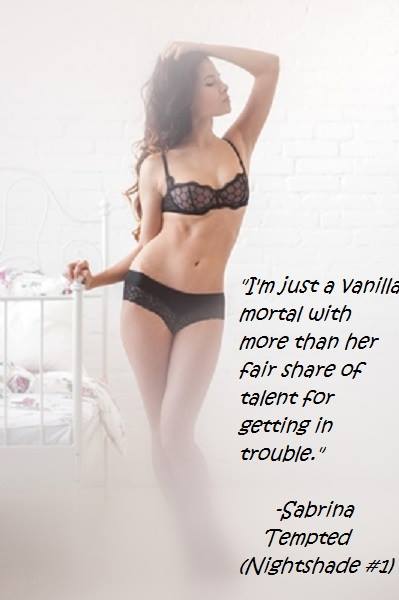 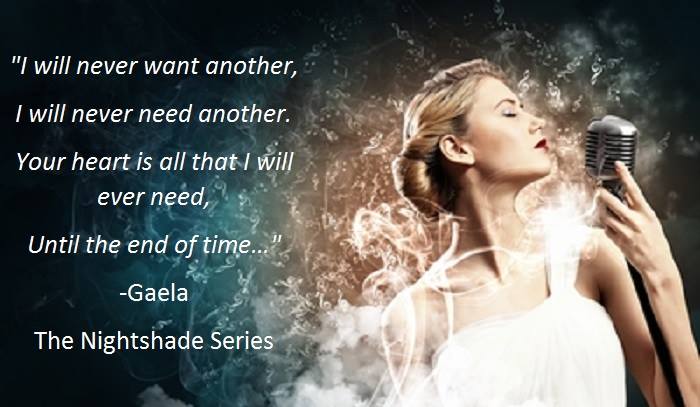 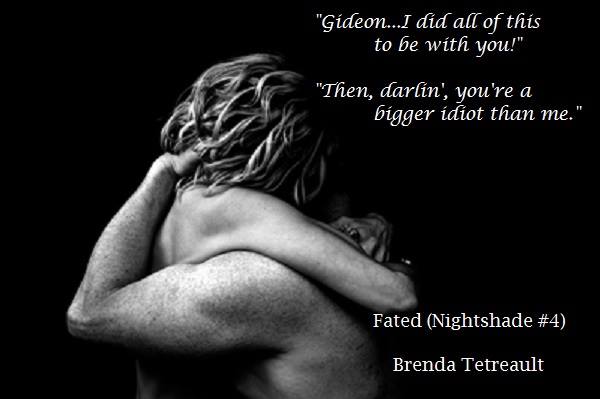 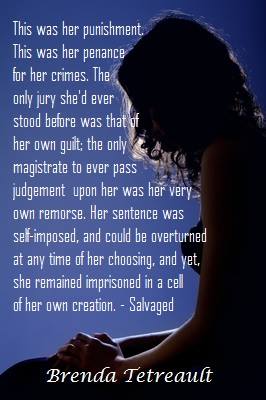 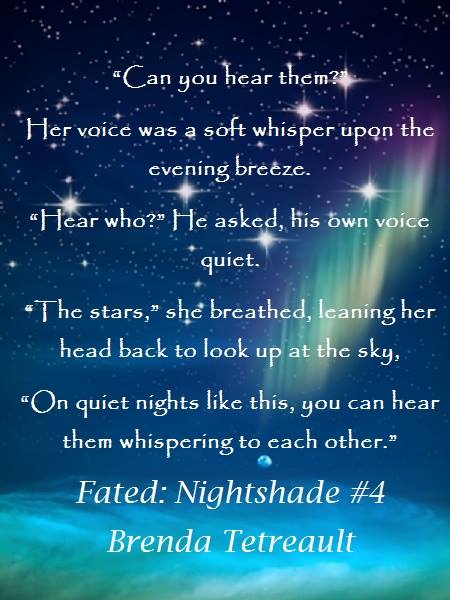 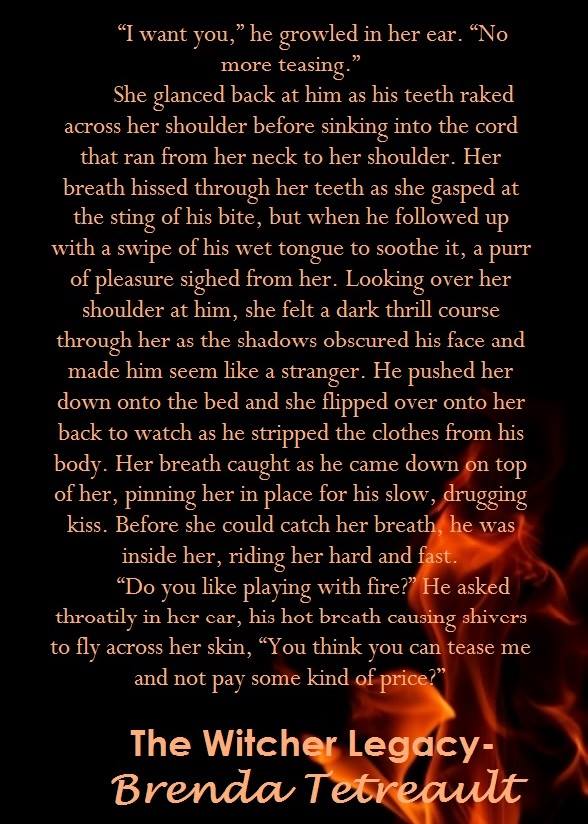 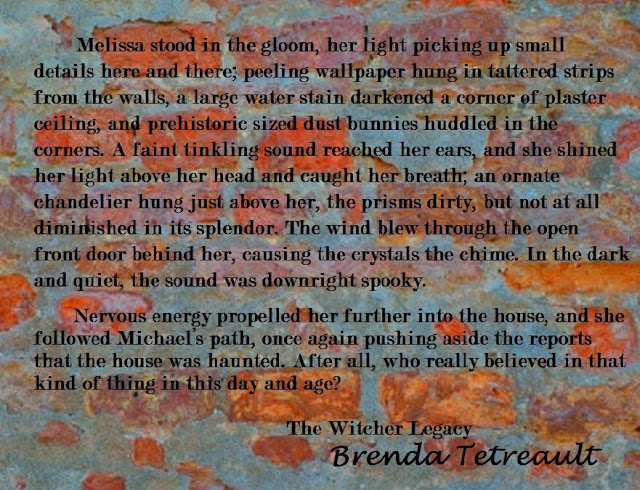 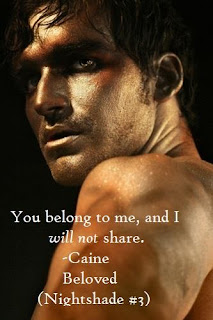