Book Review: Shakuni – Master of the Game by Ashutosh Nadkar


Title: Shakuni – Master of the Game 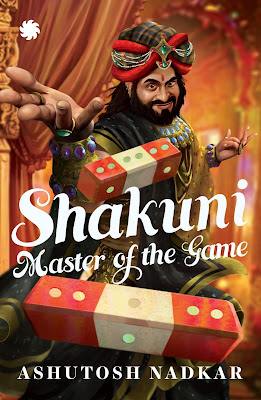 Ashutosh Nadkar’s ‘Shakuni – Master of the Game’ is a retelling of the Mahabharata from the perspective of one of the important antagonists, Shakuni. The novel explores the circumstances that made him one of the greatest villains in Indian mythology.

It is always exciting to know the backstory of an otherwise neglected character in an established myth. In this case it is Shakuni. The crown prince of Gandhara, Shakuni is often credited as the mastermind behind the Great War of Kurukshetra. He was considered the greatest illusionist of that era, second only to Lord Krishna. But is he really the bad guy? Or is he a man who has been wronged and only tries to punish the wrong-doer? In this book, Nadkar gives voice to a hitherto misunderstood, and supposedly vile, character
.
Personally, I never thought about this side of the narration that Nadkar has put forth. I’ve always thought of Shakuni as evil and I’m sure so have many others. This book shows otherwise. We mustn’t forget that every coin has two sides. So does every incident. Upon reading the book, I found that Shakuni has a lot of redeeming qualities. It not only diminished the negativity associated with him but also evoked in me sympathy for him.

That Nadkar knows the Mahabharata well is obvious in his treatment of his characters, both important and inconspicuous. He keeps true to the original story and only changes the point of view of the telling.

For Nadkar, Shakuni is tragic rather than evil. He lets the latter raise certain questions in the novel— why all his schemes are seen as treachery even today while Kaurava adviser Vidura’s are considered ethical strategies and Pandava tactician Krishna’s are regarded divine play. Shakuni asks himself and the reader: “Was I the vilest of villains in that epic story?”

However, the book reads like a lengthy explanation by Shakuni. True, he has been wronged. But in this retelling the writer doesn’t let him shoulder any responsibility of his actions. Shakuni is shown to be doing the bidding of fate. In doing justice to this misunderstood character, Nadkar overlooks the fact that Shakuni did exact his revenge using his cunning. But he also lets Shakuni acknowledge the biggest mistake of his life: that he did not condemn Duryodhana’s behaviour with Draupadi after the game of dice. Nadkar lets Shakuni end his life on a philosophical note.

A passionate re-telling of the timeless Mahabharata and the literary characters it produced. 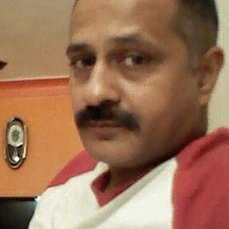 Ashutosh Nadkar is originally from Madhya Pradesh. He has been active in print, television and web journalism for the past two decades. He is currently working with the Network18 group as an associate editor.