Book Blitz: The Songbirds by Alif 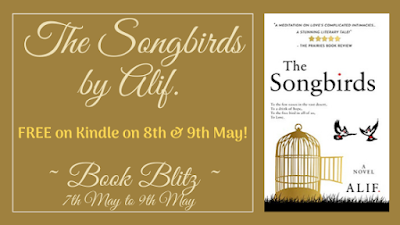 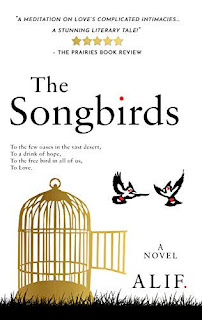 The Songbirds is a literary tale that goes to the heart of what’s ailing today’s world and tries to find the answers to our most pressing questions.

Amidst poetry and the innocence of youth, the love story of Kasim and Sumera sprouts in the romantic settings of Bada Ghar, the mystical house of a long-gone but not forgotten poet, Bulbul Baba, their mutual ancestor. To carve a better future for Sumera and himself, Kasim migrates West. But, once there, an increasingly westernised Kasim begins to see his for love for Sumera as taboo. So, instead, he tries to find fulfilment in London, forcefully burying his love.

However, with time, Kasim realises that the West doesn’t have the answers he is looking for and his yearning for Sumera returns, becoming stronger than ever, but a huge barrier now stands between them. Not only that, but time could also be running out because, back home, Sumera has gone on to become a fiery blogger over controversial issues, earning herself many enemies, possibly one too many. 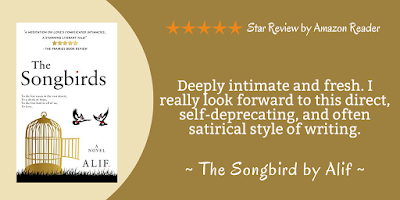 Read some Snippets from The Songbirds


The study room at Bulbul Baba’s Bada Ghar. To me, it is the most magical room in the whole world, for it has the poetry of the heavens. There, year after year, I see many bulbuls sing, competing with each other to see who has the sweetest song. There is one, in particular, a young bulbul, whose chirps rise like the scented petals of jasmine caressed by the breeze and touch the heart.

Ironically, years ago, I had taken a big leap to reach where I now precariously stood. I hadn’t known then that the hand I had leapt for would turn out to be a mirage. Not only that but in making that leap, I had let go of the only hand which had truly ever anchored me; I had let go of her hand.

Now, as my hands flail in desperation, she is the only one who can save me. However, the distance that separates us is the distance which separates the Moon from the Earth. Still, impossible as it may seem, I have to reach for her hand.

Though, there is also a fear that she is no longer there, waiting for me. For all I know, it could be another mirage beckoning me, but I have to find out. I have to leap back to her; only this time it is a leap of faith. My faith in love. 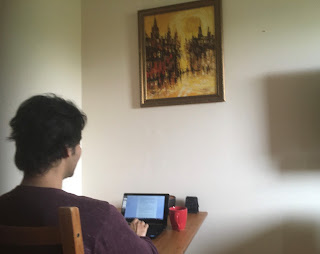 I write because silence is not an option. At the same time, my novels brim with hope in addition to having a riveting plot. My debut novel, which was published by a boutique publisher in Europe some years ago, was seen to be refreshing.

My recent novel Guns and Saffron has received exceptionally good reviews on Amazon, NetGalley and Goodreads saying that it is addictive, fresh and enlightening. The Songbirds, a literary tale, is my latest novel.