Lady Annabelle Trask is missing. Unfortunately, MISix doesn’t know if they’re looking for a woman, a cow, or something in between!

Is it real or is it fantasy? That’s the question MISix Agent Mathilda Honoria Spencer struggles with on her latest assignment. Tasked with discovering the whereabouts of Lady Annabelle Trask, Tillie is thrust into the world of Hucows and other human animals. It’s a world that raises serious questions about sexual fetishes, intentional physical enhancements, and even pornography, but in the end, Tillie has only one mission—to rescue and return Lady Annabelle to the Queen. However, as she and her partner, Agent Abdul Ali, attempt to find Lady Annabelle and keep her out of the clutches of terrorists bent on destroying the monarchy, they must also wrestle with their feelings for each other. Can they draw the line between their duty to the Crown and their relationship with one another? Or must they embark on separate paths to continue to serve the Queen? 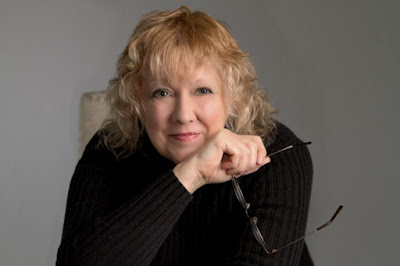 Award-winning author Seelie Kay writes about lawyers in love, sometimes with a dash of kink.

When not spinning romantic tales, Seelie ghostwrites nonfiction for lawyers and other professionals. Currently, she resides in a bucolic exurb outside Milwaukee, WI, where she enjoys opera, the Green Bay Packers, gourmet cooking, organic gardening, and an occasional bottle of red wine.

Seelie is an MS warrior and ruthlessly battles the disease on a daily basis. Her message to those diagnosed with MS: Never give up. You define MS, it does not define you!

When did you first realize that you wanted to be a writer/a storyteller?

I am sure you hear this a lot, but I have literally been writing since I could hold a pencil. It has always been easier for me to write than speak. I never really decided to be a writer; writing was simply my mode of communication. It began when I was four and was miffed at my mother. I wrote her a lengthy letter complaining about being punished, pointed out she was also in the wrong (I was cheeky), and finally, apologized. My mother saved the letter and produced it after I graduated from law school. She claimed that was when she knew I would be a lawyer or a writer, and I became both.

What motivates you to write and where does your inspiration come from?

I am blessed with insatiable curiosity. I am curious about everything and everyone. So I ask a lot of questions and pack away a lot of trivia. My stories have been inspired by a snippet of conversation, an article, a news event, a birthday card, someone’s quirks, a random sign, a photograph, even a dumb joke.

How did you come up with the idea for your current story?

Tillie Spencer, the lead in my new series Royals Gone Rogue, was a minor character in my Feisty Lawyers series. In those books she was villain. As an MI6 agent, she was constantly interfering with their missions, sometimes with unfortunate results. I decided it was time for Tillie to redeem herself.

Do you ever suffer from writer’s block? If so, what do you do about it?

I don’t call it “writer’s block,” I call it a “brain fart.” Seriously, sometimes you just need to take a break and focus on something else. When that occurs, I bake. Or pester my friends. Or watch cooking shows.

What are your current/future projects?

I am currently working on the second book in my Donovan Trait series, “Ye Gods! The Law is an Ass!” Donovan is a Chicago lawyer by day, a vampire by night. In the first book in the series, “First, We Kill All the Lawyers,” he and his lady love were targeted by a serial killer. In the second, she has been turned, but against Vampire Coalition rules has fallen pregnant, and the Coalition wants the baby. Donovan and Shirley are forced to flee and wind up hiding on an island populated by an order of vampire nuns.

Are you traditional or self-published, and what process did you go through to get your book published?

All of my books have been published by eXtasy Books. While I admire authors who gone the self-publishing route, I just don’t have the patience for that. I write, edit, and send it off the publisher for more edits, then publication. It’s a very fluid process and I appreciate it’s simplicity.

What do you do if inspiration strikes in an inconvenient place like (car, restaurant, bathroom/shower, etc..) and how do you capture that moment before it gets away from you?

Usually, I dictate into my phone. It is always with me. I have been known to wake up in the middle of the night and dictate my dream.

What is your biggest fear about having a book published?

That there will be a glaring error in the first chapter that I missed.

Give us a fun fact about your book(s)?

The characters in my books are mostly based on people I met while practicing law: Lawyers, judges, law professors, law clerks, legal admin staff. I love that some dissect my books trying to figure out if they are included!

What would you like to write about that you have never written about before?

A thriller based on the life of a relative, who was a notorious leader of a cult in the 60s.

What are the most important elements of good writing? According to you, what tools are must-haves for writers?

Clarity, conciseness, and consistency.  I have a journalism background, so I have been trained to avoid using 25 words when I can say it in 12. I also use a variety of resources, including a stylebook. I prefer the Associated Press version, but the Chicago Manual of Style is helpful as well. I have also invested in several types of editing software and use all of them when writing and editing. There is no excuse for sending “dirty copy” to a publisher!

Do you view writing as a career, labour of love, hobby, creative outlet, therapy, or something else?

When I was in my 20s, I participated in study about stress triggers in the workplace. At the time, I was a speechwriter for an international legal organization. They found that the only time I revealed no stress was when I was writing. I love to write because it relaxes me. It brings me joy.

Do you read? Who are your favourite authors and how have they influenced your writing style?

I enjoy Stuart Woods, JD Robb, and Lisa Scottoline. They are very skilled at developing a strong storyline. I really appreciate that!

Tell us three fun facts about yourself.

1. I went to Northwestern University on a full theatre arts scholarship. After two years I switched to journalism.

3.  I have five degrees. I kept getting scholarships, so I kept on going. Finally, after nine years, I said enough!