Blog Tour - Before The Morning by Zee Monodee 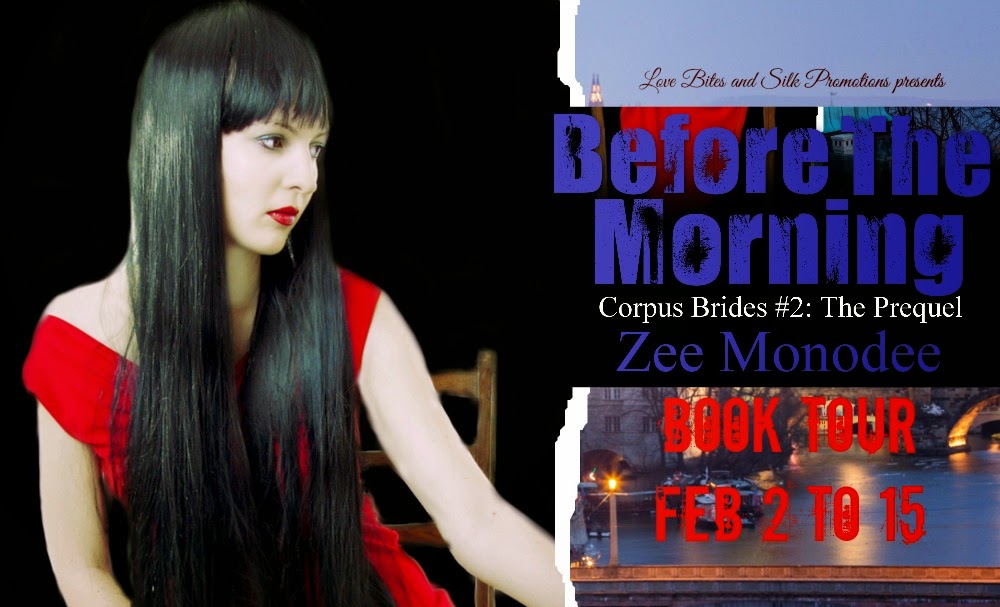 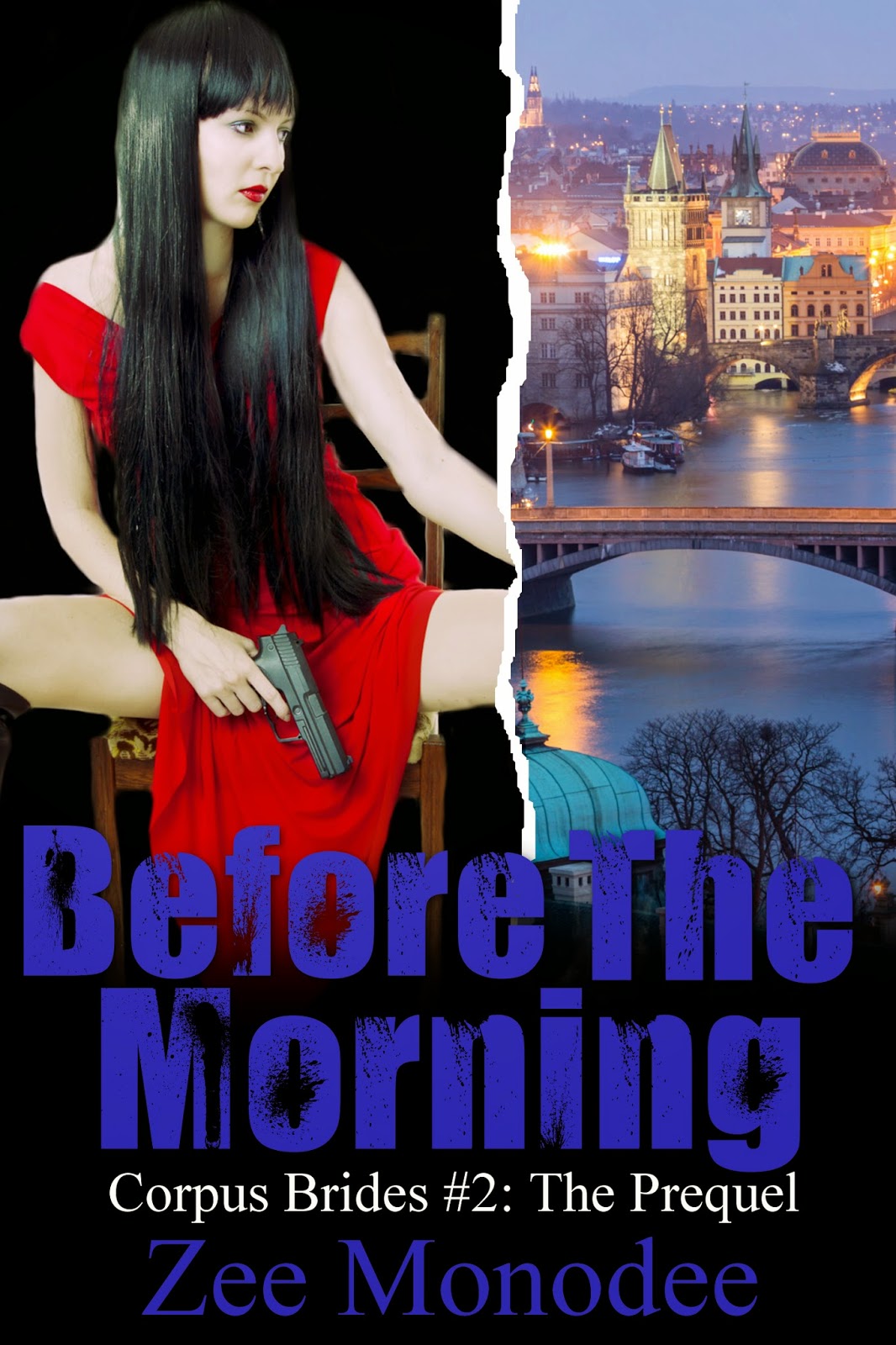 In this stand-alone prequel to the explosive Corpus Brides romantic suspense/espionage series, found out how everything started when one of the agency’s deadliest became the target of a rogue faction.
Before the morning
...is the time of greater darkness...
A trained killer with borderline sociopathic tendencies
Rayne Cheltham traced out her life's path when she was twelve: she would marry her best friend and bear his children, and in the process, stifle the restless edge in her. When he vows never to marry, she gives in to the darkness and becomes a clandestine agent—until the day he walks into her world again, and her carefully fabricated façade crumbles.
A former cop burned by life and his personal demons
When Ash Gilfoy meets a woman who reminds him of his childhood best friend, he starts upon a path that leads him down into the abyss once again. The day Rayne waltzes back into his life, he knows she is his second chance, and the one who will save him.
Each thinks the other is their redemption...until they discover how deep darkness goes inside both of them
The secrets between them make them sit on a keg of gunpowder with a lit fuse in their hands. Rayne’s whole life is built on a lie, and the truth is threatening to explode in their faces. But that is not the only menace they have to face. Someone is out to get Rayne, and she must disclose her secret past before it is too late.
Can Rayne and Ash survive all that’s thrown in their path? Can they hang on to the last thread of their relationship, and can they emerge, still together and still alive, in the morning after the deepest darkness? 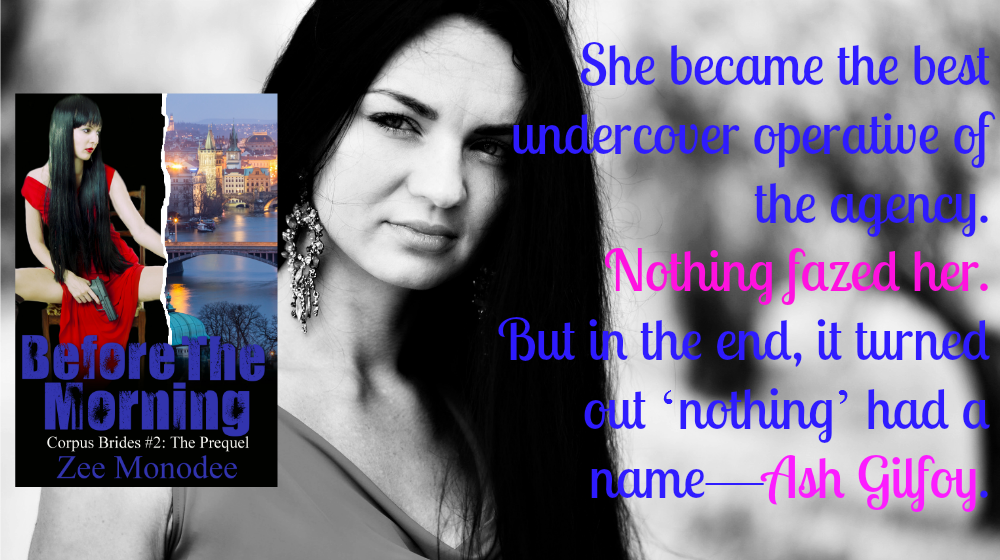 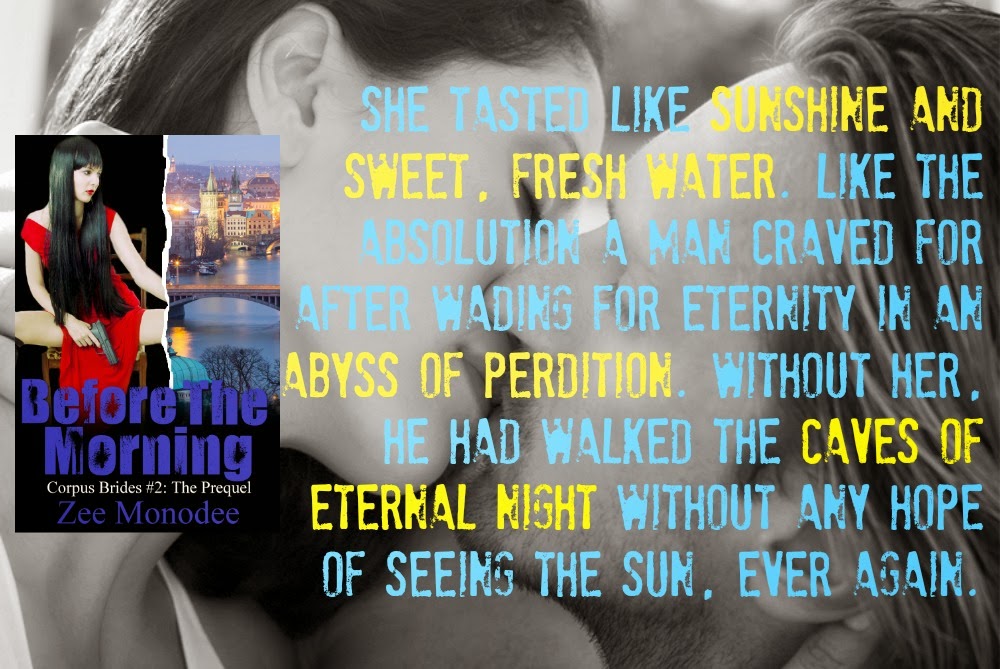 Top ten facts about the book
1. Rayne did not exist when this series started – it wasn’t even supposed to be a series, but then it started niggling as to how it all started, and how did the Corpus come to find out? Rayne was thus ‘born’ into the ranks of the clandestine Corpus Agency, and of course, she had to be the most dangerous of them all!

2. This story started on a dare from Goodreads users in the Dangerous Hero Addict Support Group – all those taking part needed to write a story about a dangerous hero (that was a given!) and we had a few tropes to choose from. “Friends to lovers” sounded really interesting, so this became the main trope for this book.

3. Ash Gilfoy is the embodiment of ‘honour’. He had to be the character with the most beautiful yet tortured soul; still, he only wanted to do the right thing, especially with Rayne whom he believes is an innocent entrapped in the vortex of his darkness. It was a labour of love giving him his absolution along with Rayne’s.

4. Where Walking The Edge focused more on the ‘Nikita’ vibe, Before The Morning took on more of a ‘Burn Notice’ comedy aspect of espionage…when the families were brought in! Rayne has been trained to kill without blinking and without making any mess; she goes toe to toe with the most sociopathic of criminals out there…but tell her she has to come back into her family fold, for a wedding, no less, and she breaks into cold sweat and yearns to run away!

5. The book takes place even more around Europe, with a stint in Las Vegas, too, at one point. Prague in the Czech Republic features heavily in there (fyi, the image on the cover is of Prague). Then there is London, especially the Ritz and Soho, and Hastings in East Sussex on Sea, a location not usually seen in stories. There’s a hop to France, as well, to the French Provence at Arles and the Alyscamps Roman necropolis located there. Research about underground tunnels under the Thames took me to Brunel Tunnel and its grand entrance hall, where a pivotal scene is set.

6. The character of Anastasiya—heroine of the third and last Corpus Brides book—is introduced in this story. She is Rayne’s best friend inside the agency, a woman cloaked in secrets and made for the clandestine life…until she cuts and run. Most believe her to be behind the mutinous conspiracy to take power inside the ranks.

7. Corpus agent Scott makes another hefty guest appearance in this tale—an integral part of the ‘good guys’ camp, he saves Rayne’s arse on more than one occasion.

8. The whole story is even more a plethora of guns and danger. Makarovs, Walthers, Glocks, Micro Eagles—you name it and it’s probably in there. Proved to be fun to research (as well as giving whoever’s watching the kind of information to put this computer on the ‘to-watch list’, LOL)

9. Family and relationships are an integral part of the plot, as much as the danger and espionage form part of the story. Rayne has existed in her bubble as assassin Kali for half of her life—it is now time for her to reconcile with the woman, daughter, sister, and wife, inside of her…and no amount of training has prepared her for this!

10. Despite being the prequel to the whole series, the story stands alone and there is a definite conclusion to the romance of Rayne and Ash, all while spring-boarding the events in both Books 1 and 3 (Walking The Edge and Let Mercy Come, respectively). 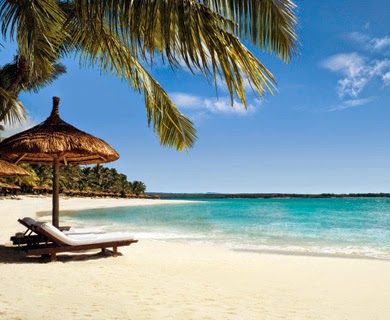 Author, editor, smitten wife, in-over-her-head mum to a tween boy, best-buddy stepmum to a teenage lad, bookaholic, lover of all things fluffy & pink, chronic shoeholic, incompetent housewife desperate to channel Nigella Lawson (and who’ll prolly always fail at making domestic goddess status)...
Zee hails from the multicultural, rainbow-nation island of Mauritius, in the southern Indian Ocean, where she grew up on the figurative fence—one side had her ancestors’ Indian and Muslim culture; the other had modernity and the global village. When one day she realised she could dip her toes into both sides without losing her integrity, she found her identity.
This quest for ‘finding your place’ is what she attempts to bring in all her stories, across all the genres she writes. Her heroines represent today’s women trying to reconcile love, life, & relationships in a melting pot of cultures, while her heroes are Alpha men who often get put back into their rightful place by the headstrong women she writes. Love is always a winner in her stories, though; that’s a given.

**Find more about the latest on Zee and her works in her monthly newsletter http://eepurl.com/5GULr
**Read about her life & her books at her website/blog http://zeemonodee.blogspot.com/
**Friend her on Facebook (she loves to make friends & meet new people!) https://www.facebook.com/#!/zee.monodee
**Follow her on Twitter https://twitter.com/#!/ZeeMonodee
**Email her at this addy (she loves to talk...prolly too much, even!) zeemonodee@gmail.com