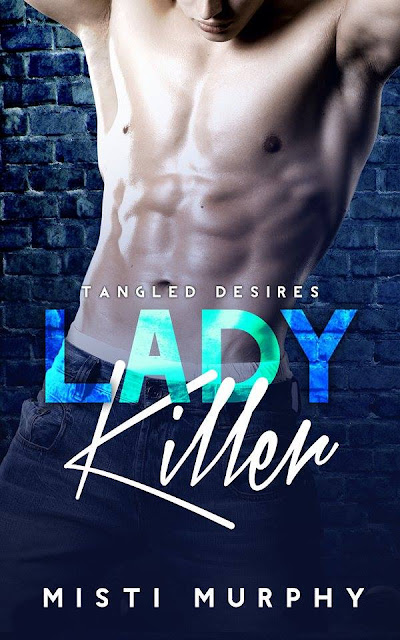 They called him the Lady Killer. Able to get into a woman’s panties in 3.6 seconds flat.
I know where he’s been. I know he keeps a list of all the women he’s f*cked.
And there are so many reasons I’m not interested in being another number.
I’m the reason his boxing career is over. The reason he almost died.
I can never stop running.
Problem is, he’s got his sights set on me…
And for the first time I don’t want to run.
From the minute I see her I know I’m looking at trouble.
I shouldn’t pursue her. I shouldn’t be trying to find out her secrets.
I’m supposed to be looking for the woman who mailed me a two-line pee-stick and no return address.
But Gemma Castle sees through the layers of my reputation.
And she thinks that guy is some kind of knight in shiny f*cking armor.
She makes me want to be that.
Saving her might just save me. 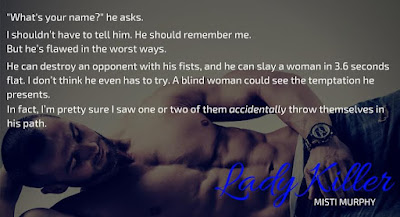 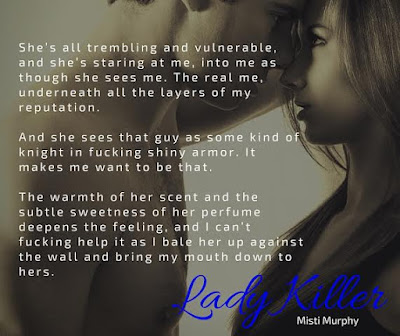 Misti Murphy is a sadistic b*tch who loves to emotionally torture fictional people. If she did that in real life she’d probably end up in prison or a psych ward so she prefers to create dirty talking alphas and the sexually frustrated women who fall into their beds. And if someone needs to be smacked upside the head before f*cking turns to love then that makes her very happy indeed.
She’s a huge believer in flaws making us human, and that not everyone likes bacon. She’s also addicted to chocolate and scared of the effects of the coming shortage. She swears like a f*cking trooper, and thinks that graphic smuttiness should be as real in fiction as it is in real life.
When she’s not writing she’s the perfect housewife and mother. Ha bloody ha! When she’s not writing she’s hiding in a cupboard with her kindle, scoffing chocolate, and stalking facebook.