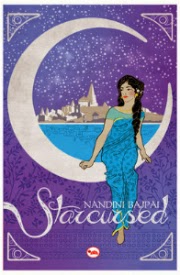 In the ancient city of Ujjayani, the planets align to decide the fate of two starcursed lovers. Born under the curse of Mars, brilliant and beautiful Leelavati, daughter of the famed astronomer Bhaskarya Acharya of Ujjayani, knows she can never wed. But when her childhood playmate, the handsome and rich Rahul Nagarseth, returns from sea, their attraction is rekindled under stormy monsoon skies. As Leela, forced by fate to relinquish Rahul, tries to find solace in teaching at her fathers observatory, a fleeting alignment of the stars is discovered that can help overcome her curse. But Rahul is called away on a war to defend his kingdom. Can he return in time or will she lose him forever to the will of the planets?

Set in turbulent twelfth century India, against the backdrop of the savage wars waged by Muhammad of Ghor and his band of Turkis, Starcursed is a sweeping tale of science, romance and adventure that will transport its readers to another world.

An Excerpt:
I didn’t stop running until I reached the lotus tank. The temple shone in the distance, its lights shimmering on the mirror of the water, music and laughter wafting from its crowded halls with every gust of wind.
The lamp tower soared above me, quiet, inviting, deserted. I pushed open its heavy door and started to climb.
High up in the tower the sounds from the temple faded, leaving only the echo of my footsteps, and the tinkling of my silver anklets as I climbed. The steep, curved staircase could be treacherous in the dark, but tonight every niche in the tower was lit up in honour of the festival. I pushed the door open at the top and walked to the railing. There was someone there.
The clear night sky ablaze with stars framed his lithe form. His face looked serious in the glow of a single flickering lamp. I could see that the tender light of the other day still shone in his eyes—Rahul.
He’d been waiting.
Buy Links:
Amazon I Flipkart
About The Author: 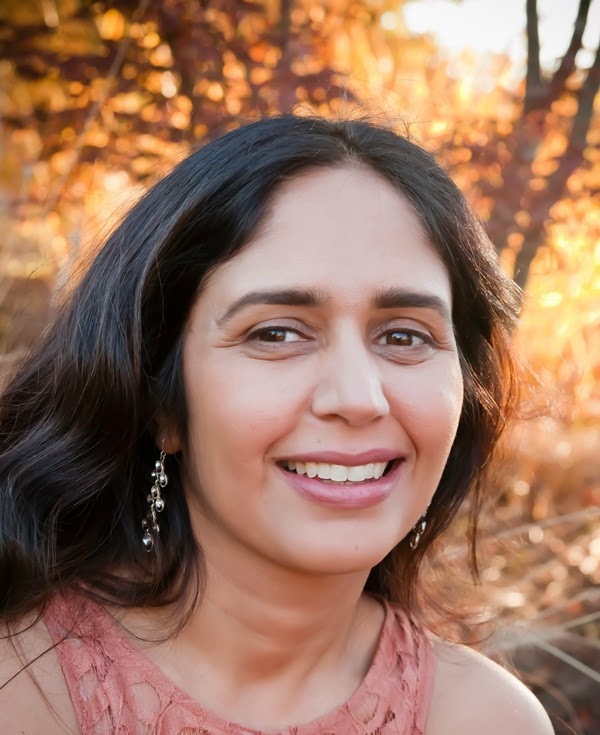 Nandini Bajpai grew up in New Delhi, India, one of four sisters and many cousins, in a family that liked to read. Although she dabbled in corporate finance, business analysis, and fostering shelter animals, her first love is writing. Her novel Red Turban White Horse: My Sister's Hurricane Wedding was published in 2013 by Scholastic India.  She lives in the Boston area with her husband, kids, their dog Yogi and cat Rakhan.