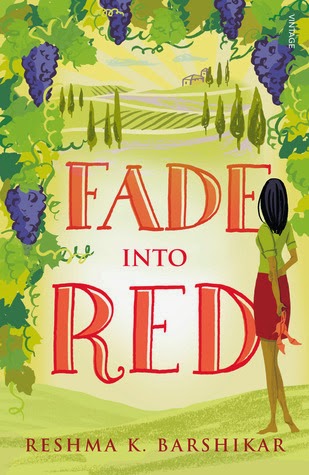 Ayra always wanted to be an Art Historian. She saw herself flitting between galleries, talking Michelangelo and Dali with glamorous ease. At twenty–nine, life has decided to make her an underpaid investment banker juggling an eccentric family, a fading career and a long–distance relationship that is becoming a light-year one.
On a monsoon day in June, she is suddenly sent packing from Mumbai to Tuscany to buy a vineyard for a star client. What should have been a four day trip turns into a two week treasure hunt that finds her in the middle of midnight wine deals, dodgy vintners, rolling Tuscan hills, a soap opera family and one playboy millionaire who is looking to taste more than just the wine. Towards the end she finds that the road to true happiness is almost as elusive as that perfect glass of Chianti.

- What do you do for a living? Is it also your passion?
I don’t think Customer Analytics can be anybody’s passion. I work for Ogilvy in their Analytics department. I joined them as a trainee and they noticed my flair for numbers and put me in analytics. Now I manage a team that basically validates ad spending so it’s quite important. Numbers are a passion but I’m not sure crunching numbers is what I want to do all my life. I’m no John Nash.

- What is the first thing that people usually notice about you?
That my hair is a mess; some folks say I’m Sendhil Ramamurthy’s doppelganger. He’s that scientist in the Heroes. My mother tells me to change my clothes when I walk out the door; her dream is to see me in a suit one day.

- Are you an indoor or outdoor person?
I am a music person, so I would say indoors or outdoors playing the guitar.

- What TV series resembles your life?
I don’t watch much TV, but Ayra always says the movie Rock On resembles my life. Ayra watches tons of TV. She loves Grey’s Anatomy and The Good Wife.

- What is the song of your life?
That’s a tough one. Atlantic City by Bruce Springsteen works when I’m feeling down and out, Pink Floyd’s Wish you were here or Comfortably Numb. Anything by Floyd actually, my music is quite old school.  You don’t look impressed. (He laughs) I can do happy as well. Dream on by Aerosmith or Champagne Supernova by Oasis. I love old school arena rock.

- If this book was to be made into a movie, which actor should play your role?
Probably that Sendhil guy since everyone thinks he looks like me.

- Describe Ayra in 3 words that suit her best.
Kind, dorky and paranoid, Intelligent, Vain. How long do you have?

- Where do you see yourself going now?
I am trying to find my way into music again so I have put together a young band called Raksha and I manage them part time at the moment. They are still new but they’ve just been signed to open for Parikrama & Strings. If that goes well, we’ll pursue that full time.

- Do you think the story did justice to you? Or do you have some regrets still?
I’ve been told that I’ve got a small fan following; most the readers want the sequel to be about me. I think I came across as a little needy and cantankerous early on in the novel but I came into my own after that. I wasn’t happy initially but the time when she was in Italy helped me put a lot of things in perspective.

- Tell us about your author, Reshma,
Reshma’s cool, she wrote me well. I think she worried too much about how things were going to turn out for Ayra. She didn’t have to. We characters have a way of doing what we want to in a novel, I think I surprised her in the end. (Laughs again)
About the Author: 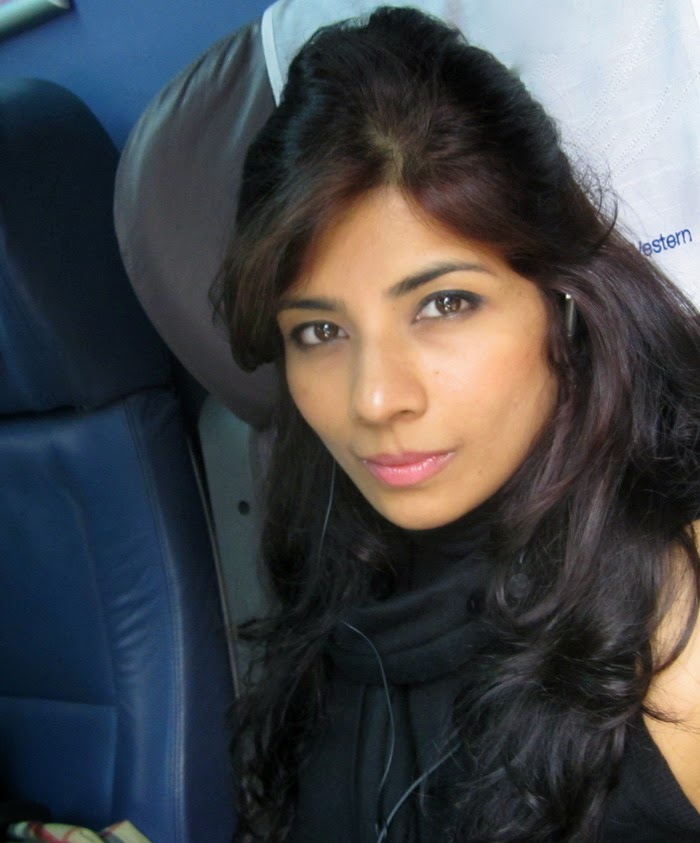 After finishing her A Levels at Bridgine School, Windsor, and getting a BA (Hons) at Oxford Brookes University, Oxford, Reshma started her career as a Journalist for India’s national newspaper The Hindu, Business Line but left mid-career to pursue an MBA at the Indian School of Business that led to a successful career in Investment Banking. After 5 years in Investment Banking she quit her job to travel for two years and visited Europe, China, and the US. She conceptualized the novel during her travels through the Tuscany wine country. She created the eccentric Ms Krishnamurthy, her precocious cat and her dog eat deal environment. Her deep appreciation for the south Indian family dynamic, experience as a freelance journalist and a passion for Italian wine helped create Fade Into Red.
Simultaneously she also honed her skills as a Travel Writer and has contributed to India Today Travel Plus, SilverKris, Harper’s Bazaar, Grazia, National Geographic Traveller and The Hindu Business Line. She is also co-founder of the literary blog, The Caterpillar Café.