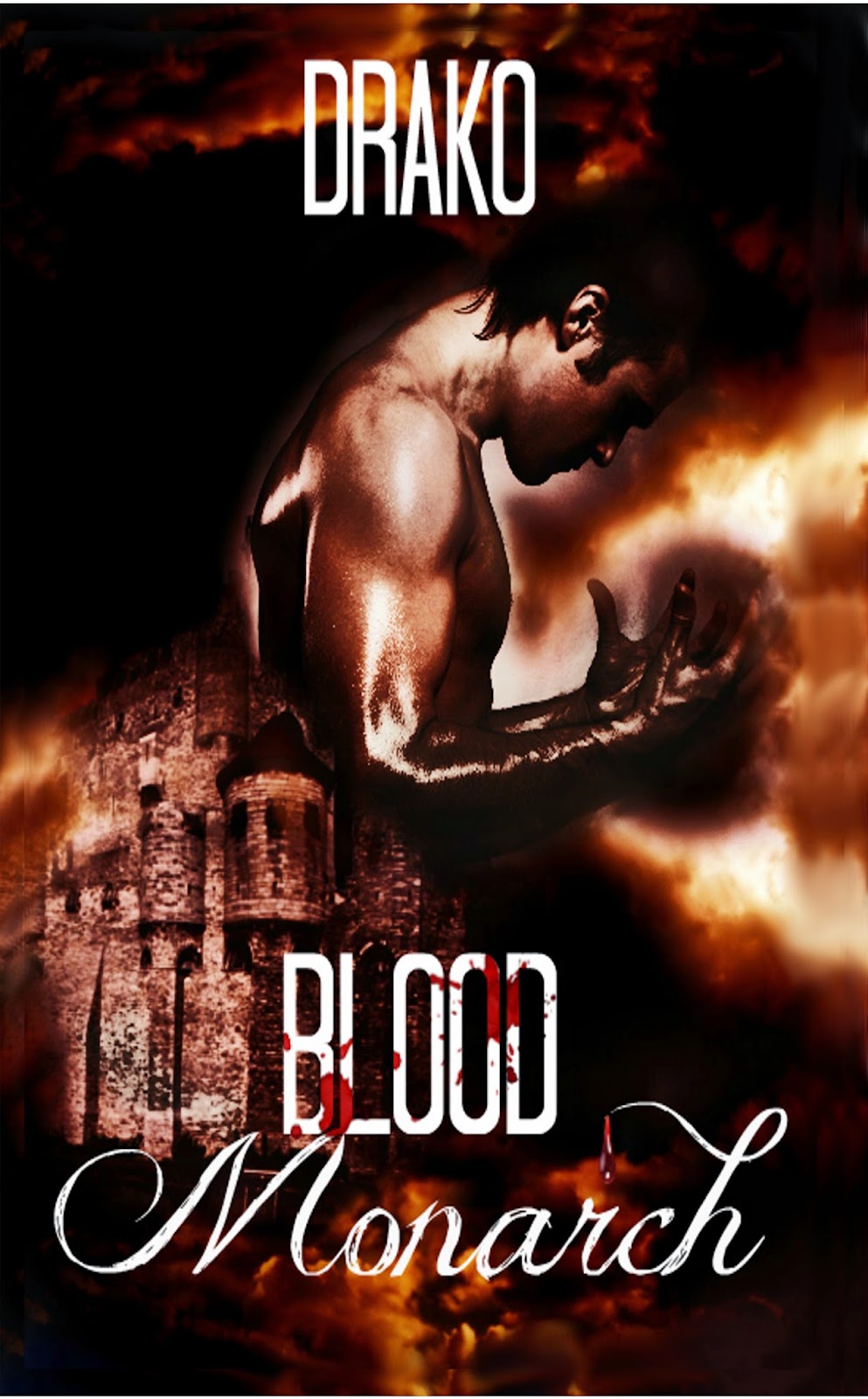 About the Book:
A king's duty never ends, even when his kingdom changes. Vladimir Dracula is one of the most famous and misunderstood figures in all of history. One thing is true, he is a king, and he is a vampire. He is the true king and enforcer of the vampire race. Feared by all of his own kind, he is perhaps the most lethal of the Black Dragon God's mortal born servants. At the same time, he personifies sex. None can resist his charms, save one.
Vax King is the Chosen of Hecate, the Heir of Mjolnir, and has no plans on a mate. When he's called on to enter Fae lands, he's surprised to find the legendary vampire there. Looking to aid the beautiful Fae, Anaya, and her soul mate, Galen, Vax must enter a world of sex of violence with only Vlad to accompany him. Here, there can be no denial, no hesitation. Only truth....and dominance.
A war is brewing in the Fae lands, as the fallen angels rise to lay claim to the power of their goddess, Verlaine and topple their higher brethren. Older than most, Vlad must accustom himself to having a soul mate, and use all his legendary power to stop the forces of darkness long believed to be controlled by him. A new kingdom is the prize, and none knows better than the famed Dracula that the secret to power lies in the blood. 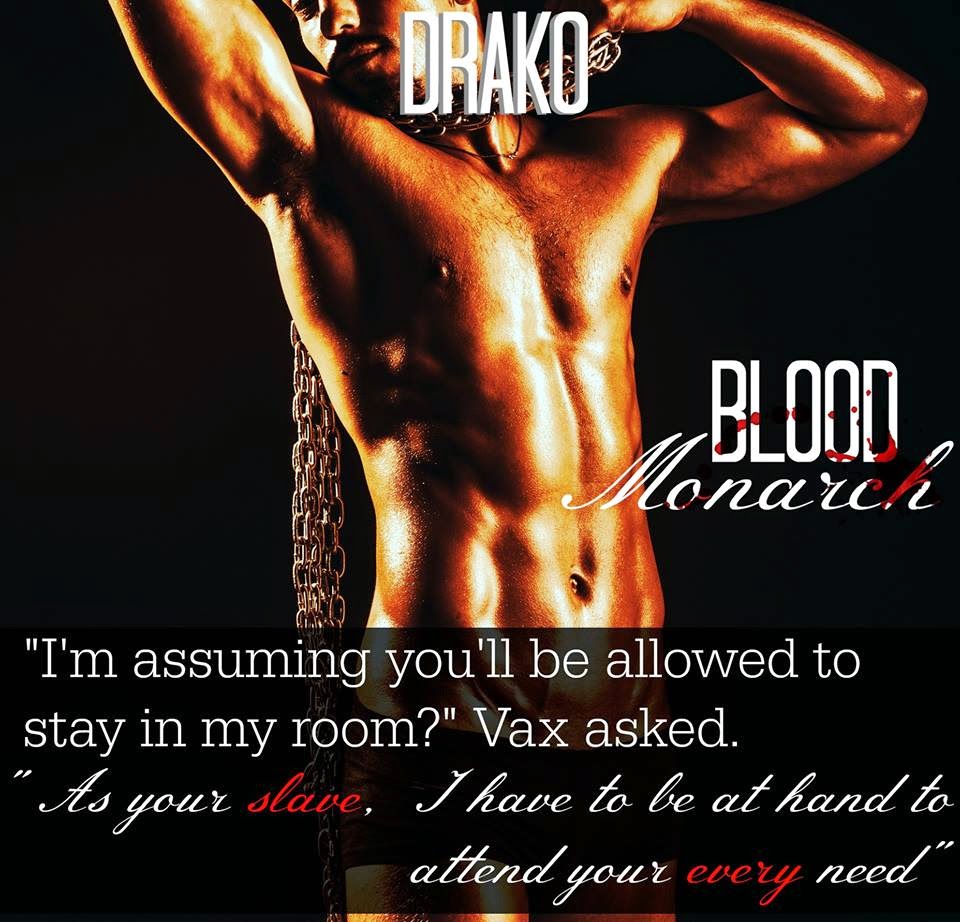 AKA: Vlad, Vlad the Impaler, Dracula
Height: 6’10”
Weight: 315 pounds
Hair: shoulder length, brown
Origin: A human follower of Jarel, the Black Dragon god. He was caught in the crossfire of Jarel’s disagreement with a demon god and the result changed him into one of the first vampires.
More info: Contrary to popular belief, he has never sired another vampire. The entire race descends from the married couple, Vacker and Deidre. He has functioned as the final enforcer of the race since its creation. He is lethal in battle, being one of those fortunate enough to have had Jarel’s favor in mortal life first. He is also extremely sexual, with an appeal that draws others to him. He should not be confused with the prince who became known as Vlad the Impaler. He’s far older and earned the name in a far different manner.

Height: 6’4”
Weight: 220 pounds
Hair: long, red
Origin: A mortal born witch, servant to Hecate, the patron goddess of witches. He was chosen by the goddess himself to wield the legendary hammer Mjolnir to expel Lucifer from the mortal world.
More info: Vax originally had a bit of a self-confidence issue. Because he’s mortal born, he is not used to the strength and power gifted to him by the goddess. He’s a quick learner, and in fact, had a bit of conflict with Vlad in his first story. He’s the first person to resist Vlad’s charm when the vampire is really pouring it on.

Height: 5’3”
Hair: long, red
Origin: An orphaned Fae, she comes into contact with Brandon during his mortal life and the two have a son, Theo, who eventually becomes one of the Three Fates. She is actually the daughter of the Fae queen and the very first angel, Apollyon.
More info: Anaya was captured due to her softer and trusting nature in the second book, and the reasons are complicated. Her ties to the father of her child as well as her soul mate, in addition to her parentage, made her a target. But she’s certainly come into her own and is no damsel in distress

Height: 6’6”
Weight: 258 pounds
Eyes: blue
Hair: long, black
Origin: A warrior angel created by an ancient goddess, he has only known war and duty and has not adjusted to the idea of having a soul mate.
More info: Galen has loyalty that cannot be questioned, even falling from grace to aid in the fall of Lucifer. He’s powerful and ruthless in battle, but unfamiliar with the concept of love. It’s taken him a long time to accept Anaya. 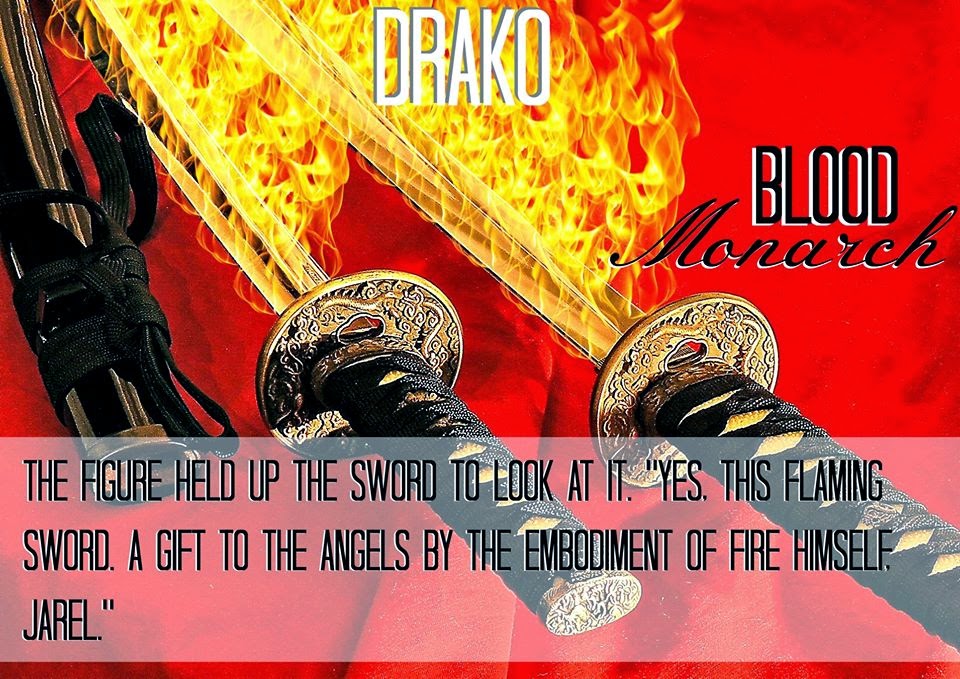 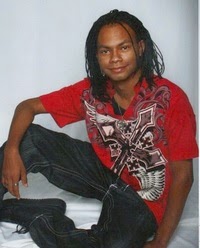 Drako resides in his hometown of St. Louis, Missouri, which you may notice is part of the setting of this series. When he isn’t writing, he’s busy editing for other authors, reviewing books, working, going to college, and spending time with his friends and two nieces. He blogs often and is very active on Facebook while trying to readjust to activity on twitter. His subject matter varies as he likes to talk about more than just his writing. You can check out his posts at his website, drakosden.weebly.com