Release Day - All of Me 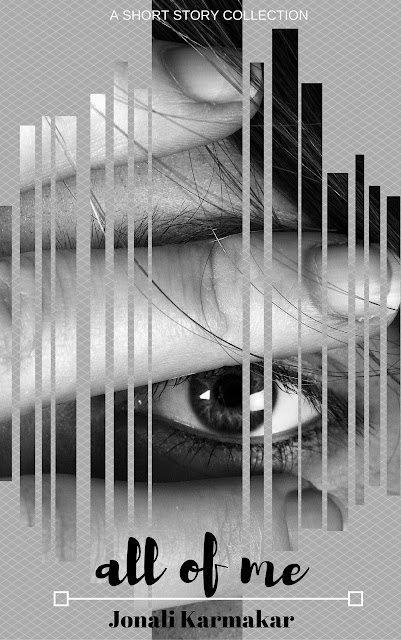 Book Blurb:
All of Me is a collection of thirteen little stories that have been gleaned from real life as well as imagination. Exploring a range of genres, these throb with everything primal to human nature: fear, angst, joy, love, and longing. Some stories are designed to elicit smiles, chuckles, and maybe even a belly laugh or two whereas some are meant as a reality check. Universal in nature, each story provides a glimpse of what women empowerment or a lack thereof can mean in a person’s life.
From a small hamlet in India to the roads of Australia; from a mother’s betrayal to a daughter’s confession; from an extra marital affair to a same sex relationship learn for yourself the what, how and whys.

Originally written for anthologies and ezines, these stories have been revisited and updated for this new collection.

Excerpts from stories in All of Me:

She felt a small tumble in her heart. They were huge men with enormous moustache and bushy eyebrows. The flared nostrils and the bulging eyes made them look formidable. Add the huge well-oiled canes and they were renditions of modern day Ravana. She gulped and took her leave promising to do her bit when Daman returned.
Janaki was having second thoughts by the time the day dawned. She went about doing her chores trying to act normal only to be pursued by a gnawing guilt. Daman arrived by late afternoon and so did Sarita’s goons. They took position right outside her window. All of a sudden all her instincts nudged her to take a pause. What was she thinking? She couldn’t forsake her loyalty to her husband irrespective of what he had done. All she ever wanted was to lead a tranquil life, not some political sham.

She liked her job. It was good. Brought in quick money. Left her enough hours for cramming her boring science papers. What else can one expect? There were quite a few perks too. Posh parties where cocktails, five star food and good contacts flowed uninterruptedly not necessarily in the same order. Whatever. It was fun.
Okay it wasn’t a job to be proud of she agreed. But she wasn’t ashamed of what she did. Still it was a put-outer when people shriveled their nose after learning about her profession. As if she reeked! So she didn’t advertise her work much. Clients came in on their own. She had a reputation. Word of mouth was her advertisement.
Namita was one of the best. A little pricey but satisfaction guaranteed. Naturally her clientele list included only a handful. She liked to stick to her regulars. Knowing each other intimately created a comfort zone which she thought was essential. Mutual enjoyment was her mantra. She diligently noted their likes and specially their dislikes. Their preferences for toys. The usual.
It was a little tricky with the fly-by-night customers. It usually meant a day call. She preferred evenings. If the money was good she accepted. But she didn’t compromise with her three-days-a-night policy. In such situations Namita ditched one of her regulars by calling in sick. A little ditching was healthy especially since her work was so damn physically tiring. She only accepted them after seeing their medical certificates. It irked some but she never budged. She didn’t want to pickup something nasty from them. If they wanted her it was on her terms. 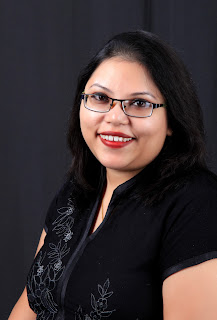 Jonali Karmakar is a fiction writer with a Masters in English. Writing is not just her passion but her way of dealing with life. She loves being able to escape into the worlds she creates. Everything that she writes becomes a part of her and she wants her readers to know the woman behind those words. In addition to being an educator, she works as a content editor for a local news portal. She has been providing editing, proofreading and translation services for the past few years.

Jonali’s work has been published in several journals, anthologies and poetry collections both national and international. An avid reader, she loves flipping pages of anything and everything on the table and reviewing the same on her blog Eclectic Moods. She feels that reading and writing are the flip sides of the same coin. Writing is her way of communicating with the world. When she’s not writing or teaching she loves to experiment with her paintings.

She has quite a few accolades to her name.