Book Review: Half The Night Is Gone by Amitabha Bagchi

Title: Half The Night Is Gone 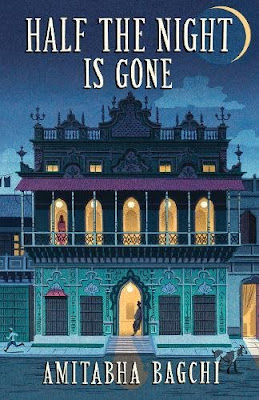 Amitabha Bagchi’s ‘Half The Night Is Gone’ is the story of three generations of merchants and labourers with conjoined fates.

At the turn of the twentieth century, star wrestler Mange Ram is brought to Delhi by Lala Motichand, a wealthy landowner, successful merchant, and amateur wrestler. The former’s son Parsadi serves Motichand’s sons. Then there is Ramdas, who Parsadi hopes will be the personal attendant of Motichand’s grandson Kesho. These are the main characters around whom the narrative revolves.
Though Mange Ram and Lala Motichand are separated by their social status, the master and servant duo are only human beings at the end of the day, who worry about the future of their children and about the perpetuation of their family line in their respective fields. Strikingly, the story lacks the presence of any significant female leads. As such we can surmise that this is a story of fatherhood and patriarchy.

Their story is interjected by four long letters written by an eminent Hindi novelist, Vishwanath. He is grieving over the death of his only son. He is heartbroken and the tragedy spurs him to write a novel that is the story of Motichand and Mange Ram. In writing the novel, he confronts the wreckage of his own life while also seeking to make sense of the new India that came into being after independence.
The connection between Vishwanath and Mange Ram’s story becomes clearer only much later, completing the emotional arc of the narrative. However, this connection is never established explicitly.

Bagchi’s narrative reverberates with emotional truths laced with unusual depth and tenderness. His language is rich and intentionally made to appear old fashioned to accommodate the timeline of the novel. However, the lengthy sentences can test one’s patience.

Resilient and fiercely observant, this novel gradually blossoms into a thoughtful, emotionally complex, absorbing drama that stands confidently on its own merits. 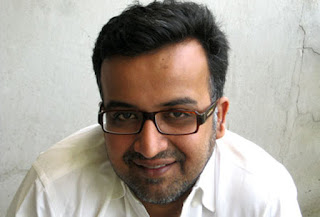 Amitabha Bagchi is the author of three novels. The first, Above Average, was a bestseller. His second novel, the Householder, was published to critical acclaim and the third, This Place, was shortlisted for the Raymond Crossword Book Award 2014. Bagchi lives in New Delhi with his wife and son.

* I received a review copy from the publisher in exchange for an honest review.
** Picture courtesy: Amazon.in, Goodreads.com