A showcase for Pan Macmillan 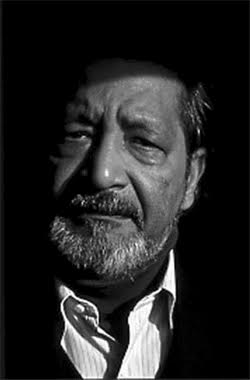 Paul Baggaley, Picador Publisher said: “It is with great sadness that all of us at Picador and Pan Macmillan have learned of the death of the great Nobel laureate Sir Vidia Naipaul. Sir Vidia is one of the towering literary figures of the last fifty years and it has been a privilege for Picador to be the publisher of his writing in the UK and Commonwealth territories, including India, where his writing is of course revered.


His writing has received the highest literary accolades and it was particularly pleasing to see him shortlisted recently for the Golden Man Booker. His work has remained continuously in print since he came to Picador, and we are delighted to continue to bring his important work to new readers. His unique voice and qualities will be sorely missed.”


In May this year Naipaul's tale of displacement across England, America and Africa, In a Free State, was revealed as one of the “Golden Five” Man Booker Prize-winning books which had “best stood the test of time”. It originally won the Booker Prize in 1971.


Last year his book A Bend in the River was chosen as one of Barack Obama’s favourite reads during the former US president’s time in the White House.


Pan Macmillan has been V. S. Naipaul's primary publisher over the past eighteen years and we are honoured to be able to continue his legacy by bringing his work to new readers around the world.

Anthony Forbes Watson, Managing Director of Pan Macmillan, said: “Everyone at Pan Macmillan and at Picador in particular, is proud to publish Sir Vidia Naipaul, a great and controversial writer, and we are very sad to hear the news of his death.  I was given A Bend In The River almost forty years ago, took him on my travels through Africa and have read him ever since.  His voice will be much missed.”