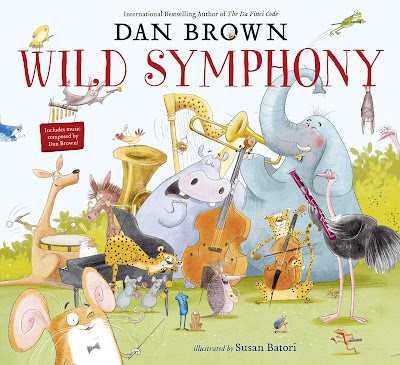 Wild Symphony is an interactive picture book by Dan Brown, the author of The Da Vinci Code. Through 20 short poems in this picture book, Maestro Mouse invites young readers to meet a series of animals who have lessons to impart and a symphony to perform. Each spread also includes life lessons reinforced by a short message (often on a banner or signpost held up by Maestro Mouse, who introduces the story on the first page) drawn from how animals face their own challenges and anxieties.

Brown has composed poems made of three to eight rhyming couplets, each line with four strong beats, to introduce the animals who will be revealed in the final double gatefold as the players in an all-animal orchestra to be conducted by Maestro Mouse. The book, as such, introduces kids to orchestral music. There are various instruments named in the book to pique the interest of young music lovers.

This picture book is fully interactive with a smartphone app that plays each character's signature song. The music is part of a symphony the author composed and that's played by the Zagreb Festival Orchestra.

In the book there's also a hidden game involving search-and-find puzzles—a bee that appears somewhere in every scene, and letters that form anagrams of instrument names—and a final coded message from Brown in his author’s note. This book brings music, animals, instruments, and word searches all-in-one.

Susan Batori’s cartoon illustrations are whimsically engaging and absolutely gorgeous. Each page is like a colorful palette to be enjoyed by kids. 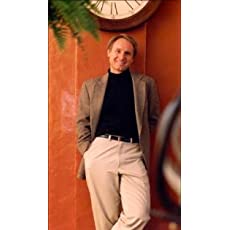 Dan Brown has always been a storyteller. Fascinated by rhythms and riddles since age three, Dan loves to share stories through books, music, and poetry for bookworms big and small. Dan is the author of numerous #1 international bestsellers – including the worldwide phenomenon The Da Vinci Code. Wild Symphony is his debut picture book. Dan lives in New England with his yellow lab, Winston. 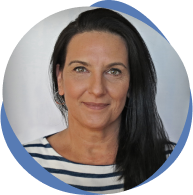 Susan Batori lives in Budapest, Hungary, with her soulmate, Robert, and her cat, Kamilla. She studied graphic design at the Hungarian Academy of Fine Arts. Since 2013, Susan has been a freelance children’s book illustrator.

Amazon * Website
I'd like to thank the publisher for letting me review the book. I do hope you end up liking the book when you read it. Thank you so much for stopping by, and happy reading!

* I received a review copy from the author in exchange for an honest review.
** Picture courtesy: Amazon.in. wildsymphony.com